Including the scenic Diamond Hill walk, which commands huge Atlantic ocean vistas, island and mountain views in all directions.

Located within County Galway on the coastal Wild Atlantic Way route in the west of Ireland, the park covers 2,957 hectares of scenic mountains, expanses of blanket bogs, native heaths, grasslands & woodlands. It is open all year around and entrance to the park is free. 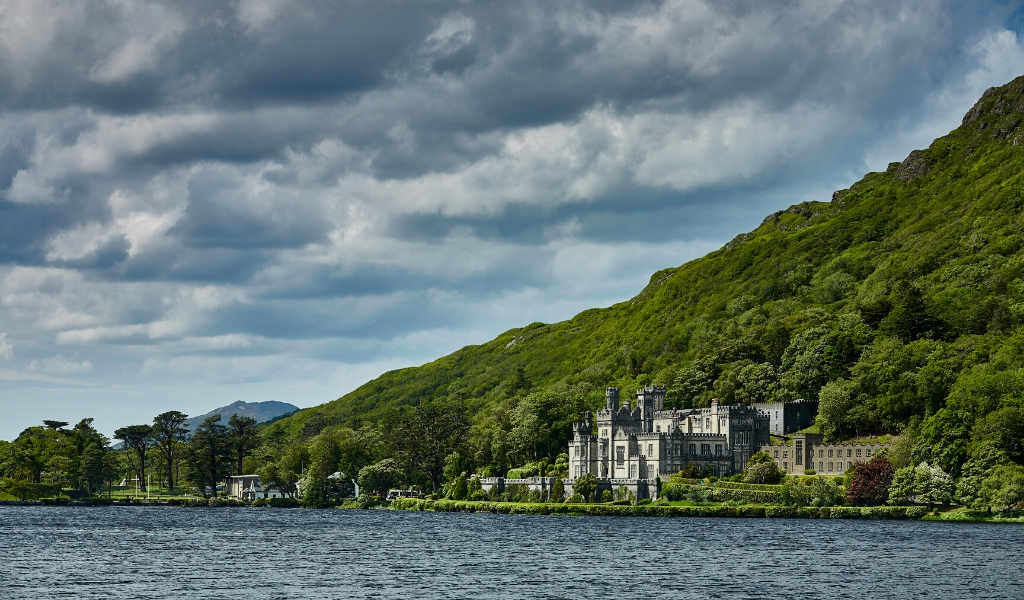 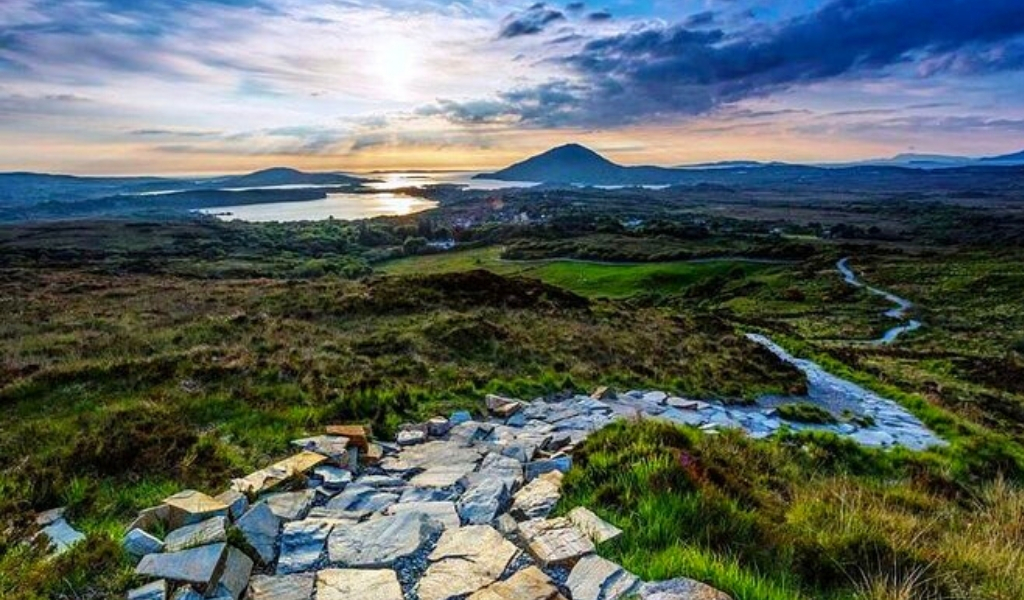 Offering safe and easy walking trails that allow the whole family to participate. Includes some challenging tracks and trails specifically for those who are serious about their hill walking. Don’t forget to bring appropriate footwear and rainwear! There are many ways to explore the park, and discover it’s various fauna and flora. Choose to walk a variety of the following nature trails (See Map):

3.7km – Upper Diamond Hill Walk, which takes approximately three hours and is the longest walk and is rated a moderate to challenging walk. 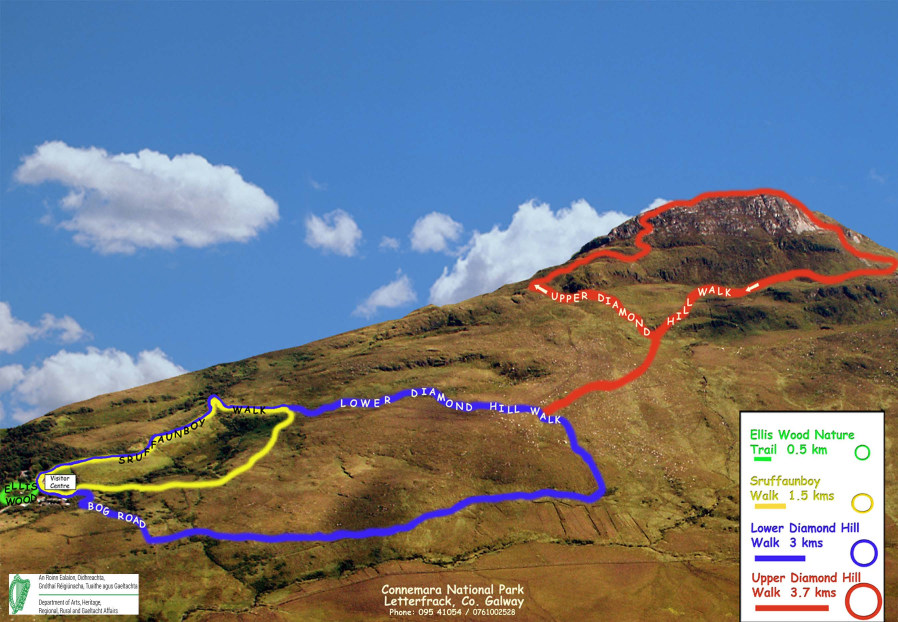 At 442 metres high, Diamond Hill, rises above the small village of Letterfrack and with its looped wood and cut stone path, offers a very safe way to go hill-walking. As one of the best hikes in the country, it commands huge Atlantic ocean vistas, island views of Inishbofin, Inishturk and Inishshark and mountain views in all directions. From its sharp edge summit it looks down on romantic Kylemore Abbey and its Victorian walled gardens and deep into the Twelve Bens mountain range. This famous Twelve Bens or Beanna Beola range includes the mountains of Benbaun, Bencullagh, Benbrack and Muckanaght. On the slopes of Diamond Hill are the remains of an abandoned 19th century farm and a megalithic tomb built by the first farmers of the area 5,000 years ago.

Mammals are often difficult to find, but are present nonetheless. Field mice are common in the woodlands, whereas rabbits, foxes, stoats, shrews, and bats at night, are often sighted in the boglands. Red deer once roamed Connemara but were eradicated from the area approximately 150 years ago. An attempt was made to reintroduce red deer to Connemara and a herd was established within the park. The wild red deer can still be seen here occasionally too, especially in the early mornings and late evenings.

Western blanket bog and heathland are the most common vegetation of Connemara National Park. The boglands are situated in the wet low lying environments whereas the blanket bog exists within the drier mountain atmosphere. Purple moor grass is the most bountiful plant, creating colourful landscapes throughout the country side. Carnivorous plants play an important role in the park’s ecosystem, the most common being sundew and butterworts trap. Bogs hold very little nutrients so many plants obtain their energy from the digestion of insects. Other common plants include lousewort, bog cotton, milkwort, bog asphodel, orchids and bog myrtle, with a variety of lichens and mosses.

The park has a wonderful playground for smaller children, which features a variety of wooden equipment including see-saws, slides, chin-up bars, tunnels, and playhouses. There are picnic tables with wonderful views of Diamond Hill. Pop into the Connemara Café/Tea room, which serves teas and coffees, cakes and light lunches. Enjoy fresh bean coffee serving cappuccino, latte, americano, expresso, mocha or hot chocolate, treat yourself to a slice cake, or a freshly baked scones served with butter and jam, while sitting in the courtyard. Delicious light lunches, including homemade soups, Irish soda bread, pies, quiches, platters and a variety of freshly made sandwiches are also on the menu.

The park is located next to Letterfrack village, with ample car parking available. The entrance is situated on the Clifden side of Letterfrack. On arrival make your way to the visitor centre where you can view an interactive exhibition on the Connemara landscape and chat with the informative and friendly park staff. Guided activities for both adults and children are available in July and August including guided nature walks; history and management of Connemara ponies; fun with nature for kids.

Connemara National Park is one of six national parks in Ireland, these include Ballycroy, Burren, Connemara, Glenveagh, Killarney, Wicklow Mountains, which are managed by the National Parks and Wildlife Service of the Department of Culture, Heritage and the Gaeltacht.