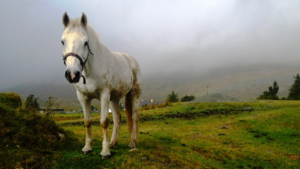 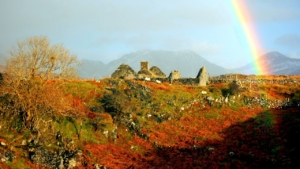 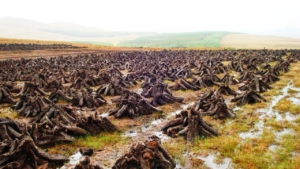 Traditional storyteller regaling old traditional Irish folklore tales around a turf fire. All year round. Participants limited only by the venue (not included in cost).

Listening to a traditional Irish storyteller around a fire has to be one of the best ways of immersing yourself in Irish culture. A wonderful opportunity to have a story teller come to you at your hotel or local pub.

Connemara’s bleak and beautiful landscape and strong tradition of storytelling have given rise to fantastic superstitions, folklore and legends which were passed down through the generations in tales told by a winter fire.

The most legendary of these surely Granuaile or Grace O’Malley, a fiery 16th-century pirate queen. She married Connemara man, Donall O’Flaherty, one of the ferocious O’Flaherty clan members, and they lived for a number of years at Bunowen near Ballyconneely. Renowned for her bravery, wrath and lawlessness, she became the scourge of any English ship that dared to sail her waters. Confident to the last she reputedly sailed to London to meet Elizabeth I, secure a pardon for her wayward son and a pension for herself.

The small island of Inishbofin is itself the stuff of legend. Said to have been cast under a perpetual shroud of fog, the island’s curse was only broken when two lost fishermen lit a fire on her shores. As the fog lifted they spotted an old woman chasing a cow, she finally caught up and hit with her stick but was instantly turned to stone. Since then the place has been known as Inishbofin or the Island of the White Cow. The woman and the cow are said to appear every seven years, or to warn of impending disaster.

Another Connemara legend involves the famous Connemara pony. According to tales handed down by generations of locals, when the Spanish Armada sank off the Connemara coast in the 16th-century the Arab horses swam to shore. There they bred with the local wild ponies and began a whole new tough and hardy breed.

The storyteller will come to your hotel.